How are you performing the Dynamic Visual Acuity Test? 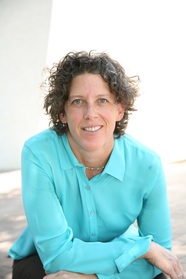 The vestibular ocular reflex (VOR) acts to maintain stable vision during head motion. This is successfully accomplished through precise compensatory eye movement to head movement along three axes via neural pathways more commonly known as the angular and translational VOR. The angular VOR (a-VOR) is mediated by the semicircular canals (SCCs) and is the primary neural pathway responsible for gaze stabilization. The linear VOR, on the other hand, is mediated by the otolith organs and compensates for translation (t-VOR). The t-VOR is most important when the head is moving at relatively high frequencies while we are viewing near targets. For purposes of this blog, we will limit our discussion to the a-VOR.

To better understand the VOR function, we will briefly review the role of the extraocular muscles. There are six extraocular muscles that contribute to eye movements, which reside in planes that are approximately parallel to the plane of their respective SCCs. The SCCs are responsible for facilitating muscles on the same side and inhibiting muscles on the opposite side to mediate the a-VOR. These compensatory eye movements stabilize images on the fovea and allow for clear vision during head movements, which is known as gaze stabilization. The difference between the eye and corresponding head movement is the VOR gain. Ideally, the gain of the VOR is 1.0, meaning there is a compensatory eye velocity equal to the head velocity and in the opposite direction. For example, if the head turns 30°/sec to the right, then the eyes turn 30°/sec to the left to maintain stability of the image on the fovea.

Dysfunction in the VOR affects the gain, resulting in a decline of dynamic visual acuity with brief rapid head movements, quick turns, and even in driving1. A VOR impairment may cause symptoms of dizziness, unsteadiness, and nausea. In more severe VOR dysfunction, the individual may experience oscillopsia -- the sensation that objects are jumping or moving during head movements. The VOR remains sensitive and vulnerable to any type of peripheral or central vestibular disorder. VOR dysfunction can also occur with migraines, anxiety, and mood disorders.

The following describes the 3 most common quick bedside clinical tests for the a-VOR.

Of note to the reader is that authors frequently reference hertz when describing the methodology in assessing the VOR, especially with the DVA test. Yet, the VOR doesn't operate based on the frequency of head movement. It works based on the velocity of the head movement. Kamran Barin, PhD, provides the following example: “If your head is moving about +10 degrees, your head velocity right at the point where it's passing the center is about one hundred twenty-five degrees per second. If your excursion or amplitude is + 20 degrees, your head velocities are now around two hundred fifty-one degrees per second7.”

Dr. Barin further notes the problem in this scenario is the risk of error when we're trying to translate velocities into frequencies because we can get a large difference in values of degrees per second based on small differences in head amplitude. It is important for the examiner to know the individual’s visual acuity will be affected by the amplitude of the head movement and must be considered when both performing the DVA and prescribing VOR exercises for the patient.

Most clinicians will utilize a metronome to time the head movements. If the examiner is following the guidelines of +20 degrees, the metronome would be set to 120 bpm and the patient would complete a full cycle to each beat or set the metronome to 240 bpm if asking the subject to change head direction to each beat. In the video below, Dr. Barin further discusses DVA testing:

Sensitivity and specificity of the DVA test varies greatly, as a result of varied methodology, such as passive (examiner moves head) versus active (subject moves head) oscillations, frequency of head movements, amplitude (size) of head movement, and whether the patient is trying to read when going towards the affected side versus unaffected side. Additionally, it is recommended to perform DVA testing with the head tilted 20° into flexion to isolate the horizontal canal yet vision can be obscured for those wearing corrective glasses, plus the overall range of visual acuity diminishes in upward gaze. A normal result is more than a one-line change in younger individuals or more than two lines in older individuals8-9. The examiner should also ask about a provocation of symptoms, which is considered abnormal if persistent beyond a few seconds from stopping the test.

As noted in Dr. Barin’s interview and as shown in several studies, computerized VOR testing provides more objective and reliable information regarding VOR gain as well as information on phase (timing) and symmetry. More sophisticated VOR testing is typically conducted in specialized dizziness and balance centers. Rotary chair testing assesses VOR function at slower speeds, which are less correlated with dynamic activities performed in daily living (e.g., walking, turning, etc.) and especially those demands associated with sports-related activities. High-velocity head rotation testing can better assess higher demands of VOR function. These head rotation systems have more recently incorporated the use of infrared video goggles or an inertial measurement unit (IMU) head sensor versus the use of electrodes. Some systems (such as the computerized head thrust test) can measure smaller corrective saccades (both overt and covert saccades) while others can identify at what velocity the VOR becomes inefficient, which indicate vestibular disruption. Advanced VOR testing holds the potential to identify subtle dysfunction in the vestibular system, especially if the individual reports vestibular symptoms but traditional vestibular diagnostics (rotary chair or caloric testing) is normal.

More reliable and objective VOR testing helps identify impairments that are not otherwise observable in the clinical exam and aids in developing the most appropriate treatment plan. The potential to rehabilitate the VOR to decrease, if not alleviate, vestibular-related symptoms is high yet is context-specific. Treatment plans that focus on discrete, measured impairments are more efficient and more likely to produce optimal results. Objective data to guide the patient’s care plan can also be used to monitor progress, customize treatment, document effectiveness, and add to patient motivation. Outcome studies have established that a customized approach results in better outcomes than general approaches.

Please stay tuned to a follow-up blog on treatment approaches for VOR dysfunction.